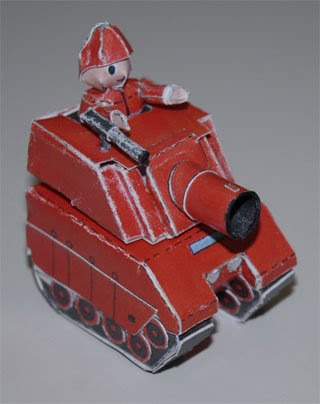 29-06-2006: I got a message from Pete Michaud; he writes for Nintendo Power Magazine and he is a big fan of Ninjatoes’ papercraft webpage!

Well… Actually he just told me he built my Orange Star MD Tank… But he had a lot of fun building it, and he did an article about it in issue nr. 207 (September 2006) of Nintendo Power Magazine!

Well… Actually they were a little cramped for space, so he just mentioned my papercraft website in the “Community” section (page 89 “Origami Wars”: picture). But still: my name is in print in an official Nintendo magazine!

Well… Actually not my real name – just my papercraft alias.

Thank you for building a Ninjatoes’ papercraft model! (and featuring me in your magazine! ;o)

Posted on September 8, 2006, in Hall of Fame and tagged Advance Wars, Nintendo Power, papercraft. Bookmark the permalink. Leave a comment.