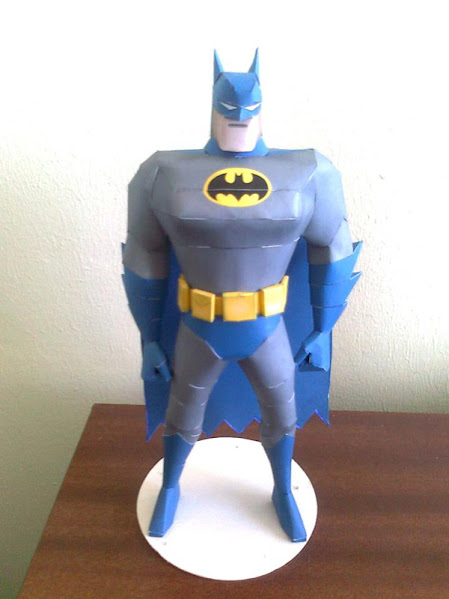 Lionel’s papercraft Batman looks great, and he tells me he had a lot of fun building it, but he did assemble it in a slightly different order than I did in the instructions:

– Lionel found it easier to glue the torso to the legs *before* glueing on the head.

– And he also found it easier to glue the hands to the arms *before* glueing the arms to the torso.

I always base the part numbers and instructions on the way I assemble the paper models myself, but if you find it easier to do it a different way like Lionel, don’t hesitate to experiment a bit of course! ;o)

28-03-2010: Lionel from France sends me this great picture of Ganondorf: picture

But besides that one, he also built young Link and young princess Zelda!

He tells me he found them challenging to make, but that the end result was worth it (“awesome !!!”, in his own words ;o)