← Epona & Link by Rijali
The Legend of Zelda adult Link →

Cloud, Auron and Batman by amerakat 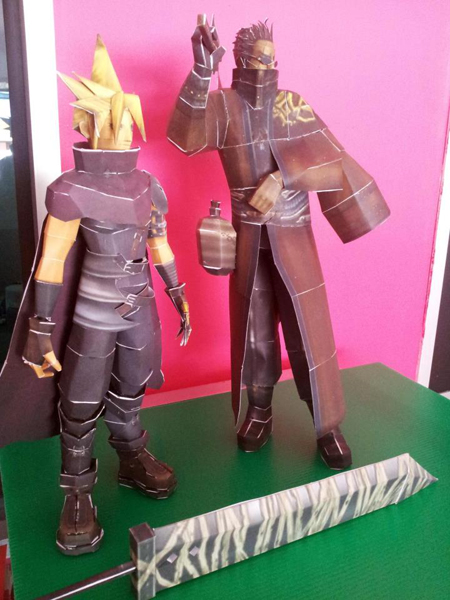 They were both built by amerakat and as you can see, he did a wonderful job!

It was not the first papercraft model amerakat built though; that was Batman. ;o)

Because amerakat didn’t have any new papercraft tools yet but just used the simple tools that anybody usually has lying around, it was a little bit difficult he says, but after a few hours, his papercraft Batman was finished: picture

And he liked it so much that he decided to keep papercrafting! ;o)

In amerakat’s DeviantArt gallery, you can see some more papercraft models that amerakat built so far, and also his wonderful pencil drawings: link

It’s definitely worth a look, so be sure to check it out! ;o)

Thank you for building a Ninjatoes’ papercraft models!

← Epona & Link by Rijali
The Legend of Zelda adult Link →