← The Legend of Zelda octoroks
Zelda models by William → 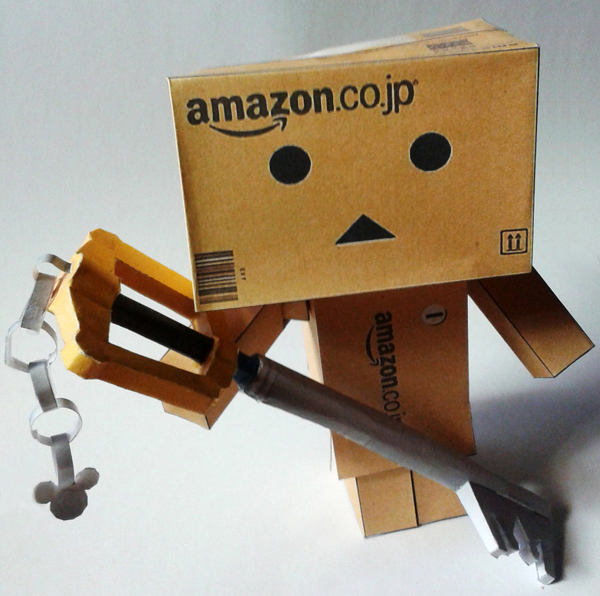 25-04-2013: Look at this cute little papercraft scene built by Sabine from Germany: it’s the cute little cardboard robot “Danbo“, wanting to be a Keyblade wielding hero like Sora from Kingdom Hearts! ;o)

My own papercraft Sora that Danbo got the Keyblade from to play with can be found here, and Danbo himself is a character from the Japanese manga “Yotsuba&!”

The cute cardboard robot made his appearance in chapter 12 of the manga and quickly became very popular on the internet, and many people have made their own papercraft version of him!

Sabine says she can’t remember exactly where she got the moveable papercraft Danbo that she built, but she thinks it might be the one made by yuiiwae, who you can find on DeviantArt here: link

And while you’re on DeviantArt, have a look at the other papercraft models that Sabine built in her own gallery, and of course her polymer clay figures and other artwork too: link ;o)

Thank you for letting Danbo play with a Ninjatoes’ papercraft model! ;o)

← The Legend of Zelda octoroks
Zelda models by William →