← Mario, Link and other papercrafts by Ivana
Oogie Boogie by Roy → 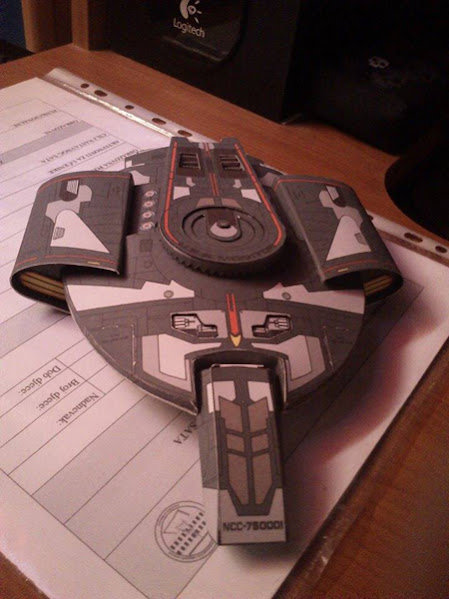 It’s based on the descriptions of the U.S.S. Monitor in the novels “The Return” and “Preserver” written by William Shatner.

In those novels, the U.S.S. Monitor is a modified Defiant-class starship with a dark, microdiffracted carbon coated hull for extra stealth, sent on a mission to destroy the Borg homeworld…

I haven’t read the novels myself, but I’ve always found the Defiant a very cool looking ship, and it looks great in its Monitor colours too:

And here’s another one, of the bottom this time! You can see the extra details in the textures that Bones added, but because the parts have stayed the same, you can still use Bill Perry’s redraw instructions to build it!

Thank you for retexturing and building a Ninjatoes’ papercraft model!

← Mario, Link and other papercrafts by Ivana
Oogie Boogie by Roy →